The SS Group A SV was a race homologation special based on the VN Commodore SS, which was built at Elizabeth, South Australia (Holden) but extensively modified at Clayton, Victoria by Holden Special Vehicles (HSV). It was powered by a 215 kW (288 hp) 4.9 L HEC 5000i V8 engine, which was mated to a six-speed ZF manual.

The Commodore SS Group A SV was built for Holden’s sporting homologation requirements. It featured an extensively modified version of Holden’s 5.0 litre V8 to produce 215 kW (292 PS; 288 hp) @ 5200 rpm and 411 N·m @ 4000 rpm coupled to a six-speed ZF S6-40 manual transmission as used in the Chevrolet Corvette ZR-1. Upgrades were also made to the suspension, tyres and brakes. Although a total production of 500 cars was original planned for racing homologation reasons, only 302 were ultimately produced in non-sequential order meaning that build number 450 may exist while build number 100 may not. The VN Group A SS was the last Holden built as a homologation racing special.

The SS Group A SV existed primarily as a homologation special, created specifically so a racing optimised version of the Commodore could be utilised for Group A touring car motor racing. In fact, the regulations set down by the international governing body FISA at the time required a minimum of 500 road-going versions. HSV produced only 302 units in total. This shortened production run did not affect the SS Group A SV’s homolgation thanks to the Confederation of Australian Motor Sport (CAMS) giving Holden special dispensation, in the hope of bolstering thinning grids in the 1991 Australian Touring Car Championship (ATCC).

The engine, although rated at five litres and 215 kW, was specially made to withstand racing conditions. The block was specially cast and crankcase was fitted with four bolt main bearing caps. The heads were revised with high-flow intake ports and roller rockers. Special connecting rods, crankshafts, and pistons were fitted as well as a custom exhaust.

The key feature though was the fabled Walkinshaw twin throttle body inlet manifold, which had been specially developed for the Group A and featured sequential setup with a smaller and larger throttle body. This was fitted with a restrictor plate on the larger, secondary throttle body, which actually let less air through than the smaller throttle body. Some reports have indicated that as much as 50–60 horsepower can be gained from the removal of the restrictor plates. 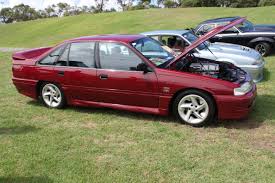 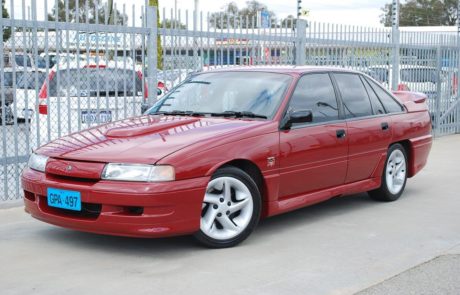 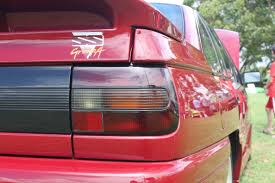