The E Series Senator Signature was released in August 2006. The development cost for the E Series Senator was more than the VT, VX, Y Series and the Z Series Senators combined. In general, the HSV Senator is a significantly more upmarket form of the Holden Calais-V, with a matching pricetag.

The E Series Senator is 4,943 mm (194.6 in) long and 1,899 mm (74.8 in) wide, and the stopping distance from 100 km/h (62 mph) is about 36 metres. The Senator is equipped with 19-inch, 10-spoke chrome shadow alloy wheels. The cabin features carbon fibre and imitation metal highlights. For the first time there are no visible wood grain trims that have featured in previous models. The rear lights on the Senator are full LED and were repositioned, lowering them by 120 mm (4.7 in) to help differentiate the car from its Holden donor, creating sporting flair yet keeping the luxury image. The development cost to redesign the rear taillights cost HSV $3 million. The designers of the Senator have also attempted to add a more of a luxury feel to the car instead of favouring the aggressive side. The entry level price for the Senator Signature is $76,990, down $4,000 from the previous model.

Like the E-series HSV GTS, the suspension is fitted with switchable Magnetic Ride Control (MRC, or “MagneRide”) offering Luxury or Performance modes. It does this by electrically adjusting the viscosity of the ferrofluid inside the shock absorbers, producing different damping levels. Magnetic Ride Control also enhances braking by preventing forward weight transfer when the car is under heavy braking. The MRC system development took three years and cost HSV more than $4.5 million.

From April 2008, the HSV Senator Signature was fitted with the 6.2-litre Generation 4 alloy LS3 V8 that delivered 317 kW (425 hp) at 6000 rpm and 550 N⋅m (406 lb⋅ft) at 4400 rpm. It can go from 0 to 100 km/h (0–60 mph) in around 5 seconds and has a limited top speed of 250 km/h (155 mph). From this MY09 model onwards, the Senator Signature was available with an optional 6-speed manual transmission. In early 2009, HSV introduced a base model Senator at the Melbourne Motor Show. This special model was priced from $69,990 (RRP) with just 30 manual and 59 auto examples produced. While it retained the look of the Signature model, it was essentially a ClubSport with a Senator body kit and did without many of the luxury features mentioned above as well as the MRC suspension, GTS-style seating and shadow chrome finish on the wheels.

In October 2009, HSV released their E2 model upgrades which introduced the “Shockwave” theme to the exterior of the Senator Signature. It was applied in a more subtle way than seen on the ClubSport, GTS and Maloo models with the front end receiving a new grille and some LED daytime running lights while the rear was fitted with the same style of lower body kit as the other sedan models. As with other models in the E2 range, the Senator Signature was available with the “SV Enhanced Options” bi-modal exhaust system and the 20″ Pentagon wheel in place of a re-designed 19″ wheel. There were no interior styling updates for the E2 model.

2010 saw the arrival of the E3 HSV range which brought with it a raft of interior changes shared with the VE Series II upgrade of HSV’s donor vehicle, the Holden Commodore, such as the new Holden iQ audio/infotainment system and safety features such as Side Blind zone alert. It also brought HSV’s Enhanced Driver Interface (EDI) system to the Senator, a system that constantly streams real-time vehicle dynamics and performance information to the touch screen in the centre console. The exterior remained mostly unchanged from the E2 model apart from the move to a 20″ forged alloy that was available in Dark Stainless or Gloss Black. The LS3 was upgraded to 325 kW with the fitment of the E2 GTS’ bi-modal exhaust system. The E3 was also available with the upgraded 6-piston brakes from the GTS and had the option of a modern LPG fuel system called LPI (Liquid Propane Injection) to help reduce the running costs.

This was a limited edition of 50 vehicles released in late 2008 in the “MY09.5″ model year. It was released alongside the limited edition 40 Years GTS. It was primarily to commemorate 20 years since the release of the SV88, one of the first vehicles released by the then new HSV outfit. There were 20 manuals (the first of the general run HSV E Series to use the TR6060 6 speed manual that had only been used in the W427 prior – straight from the current Corvette) and 30 autos. They were released in only 3 colours, Nitrate (silver) Sting (red) & Voodoo (blue).

It was also the first VE model Senator to be officially released with a manual. Equipment levels & drivetrain were identical to the Senator Signature of the time. Unique features of the SV08 are: SV08 badging, 20” Pentagon wheels, lower body gloss black accenting (ran along the doors at the same level of the black accenting on the front & rear), chrome mirror head & door handle accents, SV08 sill plates & SV08 build plate. 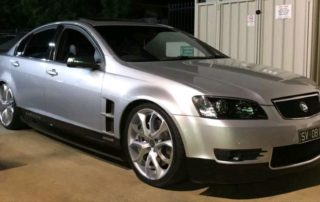 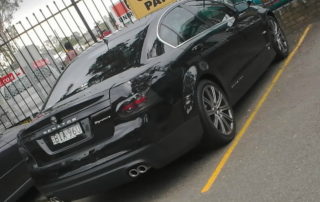 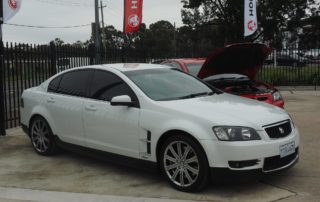 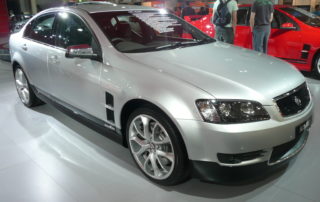