The HSV W427 is the limited edition flagship model of the initial E Series range by Holden Special Vehicles and the only HSV model to ever be fitted with the 7.0L LS7 engine, released in celebration of the company’s 20th anniversary in 2008 and contnued production in to 2009.

The W427 is based on the Holden VE Commodore, but powered by the 7.0L LS7 V8. Power outputs are 375 kW/503 bhp at 7000 rpm and 640 Nm at 5000 rpm, It features recalibrated Magnetic Ride Control (MRC, or “MagneRide”) and stiffer suspension settings than the HSV GTS, as well as a toughened 6-speed manual gearbox, a new exhaust system, larger 6-piston brakes, and strengthened limited-slip differential.

The W427’s name is the result of a combination of factors. W is to honour the founder of HSV, Tom Walkinshaw. The 427 is simply the engine capacity in cubic inches, but it is also a nod to the HRT 427C, which won the 2002 and 2003 Bathurst 24 Hour motor races.

Consumer interest for production of the W427 actually began with the still-born HRT 427 Coupe of 2002, based on the Holden Monaro. The original W427 concept car was produced in the same body colour as the very first HSV model, the VL Commodore SS Group A SV.

The production version HSV W427 sedan was announced in August 2008 and retailed for A$155,500 (EUR€90920) without optional equipment. Additional cost options amounted to three items : Electric Glass Sunroof, Satellite Navigation, and Rear Passenger Overhead DVD Player. Production was originally intended as a limited run of 427 cars. However, only 137 cars were built (this number does not include the original concept car), sold only in Australia and New Zealand (only three cars were exported to NZ).

Reportedly, Holden Special Vehicles offered the pre-order of build no. 427 (uniquely painted in “Panorama” silver) to the Cairns Monaro collector Shawn Ryan, who purchased the 2002 HRT 427 coupe for $920,000 in 2008. The last W427 to be built was made to order in July 2009, being build no. 137 in “Heron” white, sold by Shacks HSV in Fremantle, Western Australia, and personally signed by Tom Walkinshaw.

The HSV W427 will be noted in TWR / HSV history as the only car to which Tom Walkinshaw ‘personally’ attached his name. It was not the first Holden Commodore-based vehicle to be powered by a 7.0L LS7 V8 engine as that honour went to the more affordable Corsa Specialised Vehicles GTS.

This engine was originally used in the sixth-generation Corvette Z06 that was then shipped over for usage in the W427. It made its first appearance in Australia in 2008. The W427 was designed and built to celebrate the 20th anniversary of HSV. 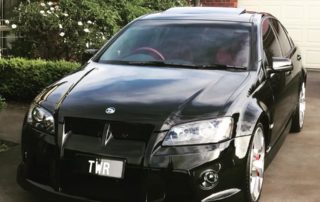 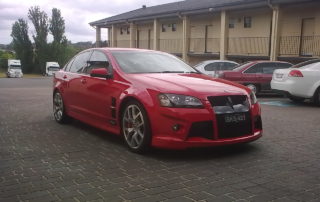 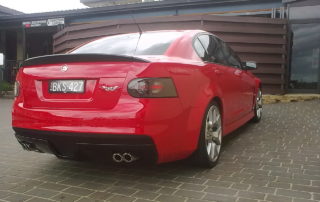 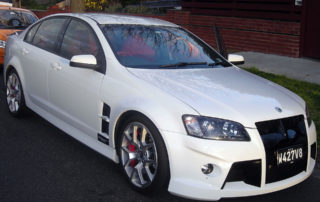