Rarity is part of the appeal of most HSV models but it’s not the biggest factor in the VS Clubsport’s strong following. Owners simply love them. The VS Clubsport is a milestone HSV model because it was so well-accepted and accessible while embracing everything that was good bout HSV’s more specialised models. It is still the most popular HSV model ever produced, although the VT could displace it. Not that it was much different from the VR but the fine tweaks added extra gloss and attitude. The VS Clubsport is so appealing because the no-nonsense clubsport dual-purpose character survived the slicker presentation.

It is equally at ease providing weekday family or work transport as competing in weekend motorsport events.For the VS, Ian Callum accentuated the single slat Clubsport grille extending it over the front bumper to give it an air of insolence. The larger rear spoiler introduced a striking wrapover curve which links the VS Clubsport with the following VT series. Badgework was bolder than ever and the new aero design three spoke alloy wheels were a first for HSV. Love them or hate them, they are different!

Holden’s new paint plant was now in full swing adding a range of jewel-like colours that changed in hue according to light. Suspension and auto transmission tweaks made it an even better road car. Further badgework revisions and oval side repeater lights mark the VSII Clubsport as the last of a long and proud line of the Clubsport series that ran from VN to VS. The VSII was also the first with HSV’s comprehensive ISS security system as standard.

The chances of finding two VS Clubsport exactly the same are slim. Trim, airbags, sunroof, sound systems, suspension, wheel and brake options gave Clubsport buyers the chance to personalise their VS Clubsport. Add the car’s integrated good looks and exclusivity is ensured. The VS Clubsport’s timeless appeal will continue to generate enormous pride in ownership. 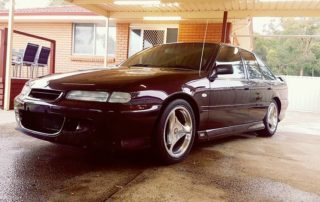 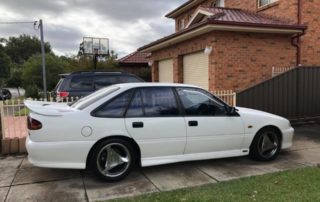 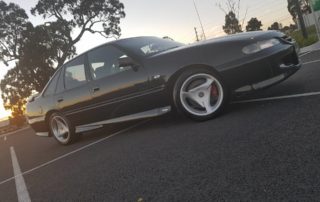 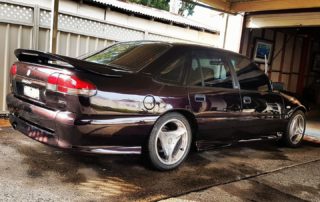