Holden’s new VG Commodore ute was one of the best looking utes ever seen in Australia, and the first to be based on a Commodore. It arrived with the sedan’s more sophisticated coil spring rear suspension so the potential for a slick performance version was engineered into the ute from the start.

For HSV, it was a two door sports coupe with a cargo bed instead of a boot waiting to happen and that is exactly how the Maloo was presented. It was also much lighter with a performance edge over the passenger cars. Racing teams were soon looking at the ute’s track potential.

In 1990, the first HSV Maloo was released, based on the VG series Holden Ute of the time. By adding a combination of SV3800 and SV89 body additions with an
SV5000 rear spoiler on the trailing edge of the cabin, HSV gave the Maloo the look and pedigree of a premium HSV performance model with the carrying capacity of a ute for an unrivalled weekend and work companion.

From the driver’s seat, the Maloo driver could have been in any one of HSV’s sports models with the traditional HSV Momo steering wheel, matching gear lever knob and sports seats. Powered by the 180kW SV89 engine, the Maloo was quick enough off the mark to place it amongst the performance leaders of the HSV range. Extensive suspension work, which combined the SV5000 front end with a special rear suspension and tyre package, ensured that it held the road as an HSV should, even when unladen.

Maloo owners tended to personalise their Maloos with several examples wearing full Holden Racing Team livery while the factory offered a number of graphics packages that really made it stand out. 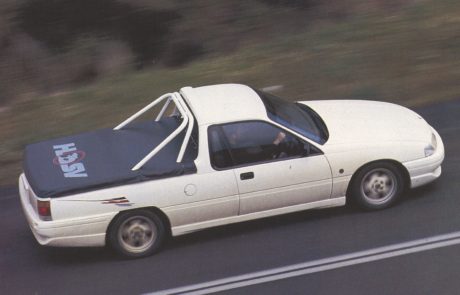 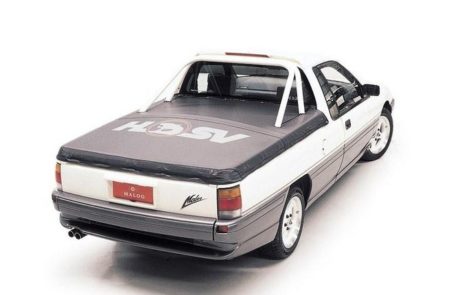